I ended up getting L.A. Noire on the Switch. Mostly because I was really curious how they fit all that data (3 XBox 360 discs) on one cartridge1Spoiler: They don’t. They download over 7 Gb of data to your SD card.

I thought I’d go for the various achievements this time, since I knew what to expect, and wasn’t ‘burned out on it’.

The hardest achievement seems to be the Auto Fanatic, in which you have to drive every type of vehicle (95 of them) in the game.

From trawling forums looking for my own answers, two of the vehicles seem to have ridiculously low spawn rates, and I spent a few hours looking for just those two.  I’m writing this so that it might help others.

Bear in mind, though, that this is for the Switch version, and from what I can tell, every version seems to have its own spawn rate patterns.

We’ll start with the 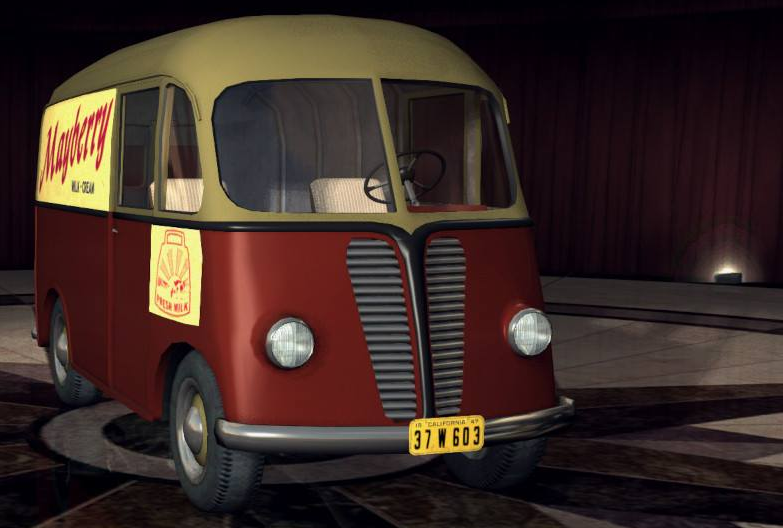 One of the main issues with trying to find this vehicle, especially trying to use hints from various Forii, is that people keep getting it confused with the KB8 or KB5.  Nine times out of ten when someone asks where this is, they’re pointed to the much more regular spawn locations of those two trucks.

During my entire time playing through the missions, and completing them all to 5 stars, I think I saw one of these.

So, the following is the best I can do helping with this one:

Now the one that took me even longer to find than the Metro, the:

I will say, here and now, that if ever I see one of these in Real Life I will know what it is.  I have studied this damned car for hours online, taking note of all of its little features until I managed to recognise one as I went past.  I hope I never see one in Real Life.

So, some pictures so I can describe this dratted car: 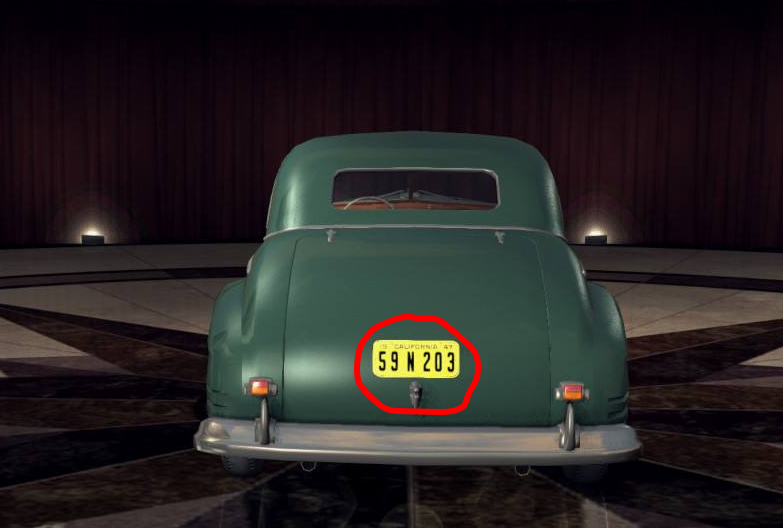 REAR VIEW: Note that the trunk (boot) handle is below the numberplate.

SIDE VIEW: Note the horizontal details on the wheel arches. Also note how the front wheel arch is much more squared off. 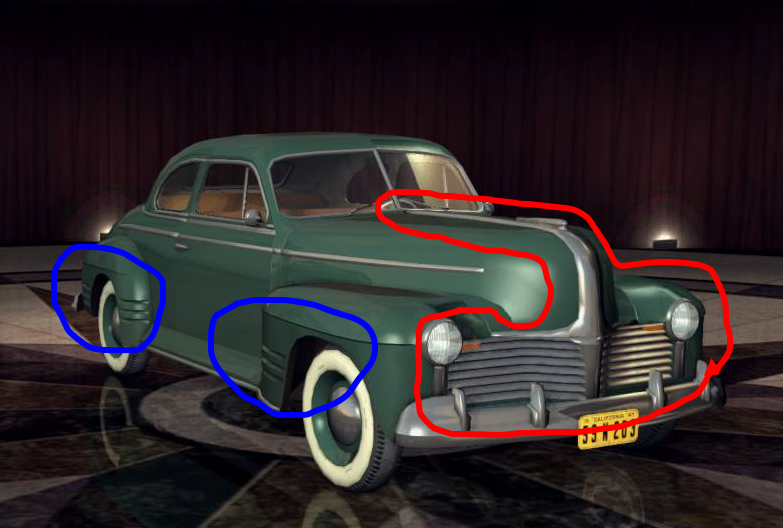 FRONT THREE QUARTER VIEW: Note the horizontal detail on the wheel arches. Note also the big chrome ‘nose’ that goes up to the hood (bonnet), and travels right to the windshield.

Let’s start with the Rear View.  The main thing I was looking for here was the fact that the license plate was above the handle on the trunk3Known as the boot in the UK, Australia, and probably other places. Also, notice that the rear window is all one piece, without a divider.

You can also take note of the chrome hinges, and the shape of the bumper bar, but they didn’t help me much.

Now, we move to the Rear Three Quarter View and the Side View.  The main thing you can note here is the horizontal details in the wheel arches. Unlike some other cars which have them, these are just pressed into the metal, and aren’t highlighted with chrome.

One other thing that’s helped me is that the front arch, from the side, is much more squared off than pretty much any other model in the game (at least, of those that have distinct wheel arches).

Lastly, the Front Three Quarter View.  Of course, we have the horizontal details on the wheel arches.  The biggest things to look for here, however, are the front grill in addition to the thick strip of chrome that goes up to the hood4bonnet and along it to the windscreen.  If you’re seeing these from the front, those two things will stand out immediately.

I found one along the road that goes past the Westlake Tar Pits. That’s the only one I’ve seen.  Even now that I’ve found one, and the features are burned into my brain, I’ve yet to see another.  If I get any more details on how to find them5Other than becoming ridiculously obsessed with it, that is, then I’ll edit this.